That children born on Leap Day are called "Leaplings" or "Leapers"? 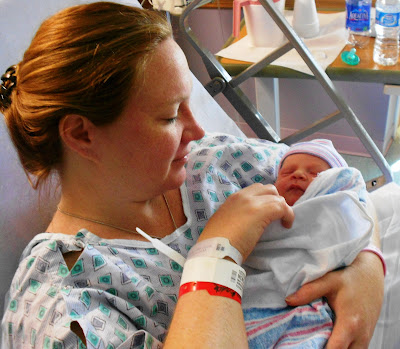 This is our little "Leapling"...Evelyn Rose (with her mommy) 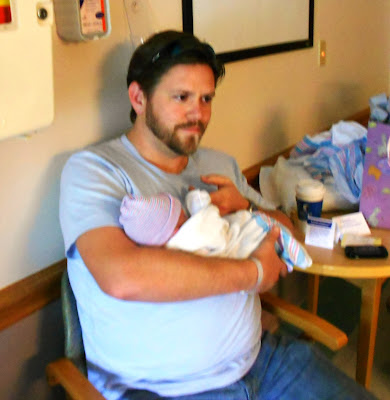 And her daddy...she already has her little fingers wrapped around his heart! 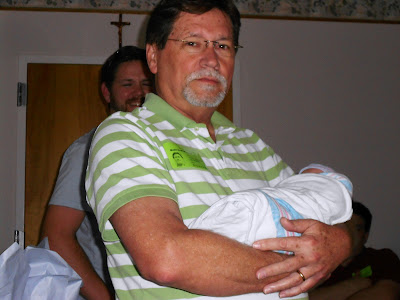 ...her Gramps (he had been grinning from ear to ear, until I tried to photograph him) 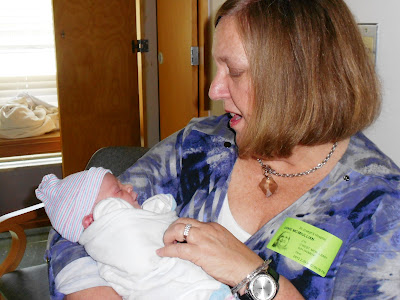 And here she is with Grammy (me).
Eva joins a list of interesting "Leaplings" or "Leapers" ...

Cam Ward (1984)...NHL hockey goalie who won the Stanley Cup his rookie season with the Carolina Hurricanes in 2006

Dennis Farina (1944)...Character actor known for roles in Midnight Run, Get Shorty, Law and Order and, most recently, HBO’s Luck

And then there's Frederic (my favorite)...the hero in Pirates of Penzance (an operetta by Gilbert and Sullivan, set in Victorian England.) He's a pirate apprentice who discovers that he is bound to serve the pirates until his 21st birthday rather than until his 21st year. (The link below is from the movie...the "paradox" of being a Leap Year baby. Enjoy!)


http://www.youtube.com/watch?v=XXhJKzI1u48
The movie, The Pirates of Penzance, is a family favorite. And Eva's Uncle MG is already planning for many ultimate birthday parties, based on this movie. (It stars Kevin Kline as the Pirate King, Angela Lansbury as Ruth, the nursemaid, and Rex Smith, as Frederic.)
I wonder if our little Eva will grow up to be a...
composer/singer/movie star/hockey player/rapper/
tv star/scientist/inventor/astronaut...
or maybe a PIRATE?
Whatever she decides...I know she will have a lot of loving people cheering her on!
Posted by Jane at 12:40 PM

Such happiness....just makes my heart so warm~ plz tell your family how happy us bloggers are for them .... not to mention how happy we are for you grammy!!!
Like I told ya before.....get ready for you are about to lose your heart to a lil gal!!

You are aware that Ja rule is Incarcerated at this very moment! hahaha.

So sweet! Congratulations on your little leapling!

So sweet congrats to all.

What a BEAUTIFUL baby! Congratulations! So, so happy for you all!

So much fun to see her with family members...

Oh - so sweet. Congratulations. You must be so happy!! Xo hope all is well. I'm gonna email you...just trying to catch up visiting my favorite blogs. I've been MIA for a while but now I am back.

Oh what a gorgeous baby! A good friend of mine turned 11 the other day. :)

Thank you SO very much for your prayers my friend.

I'd love for you to pop by for a visit. I am hosting a $50 Kirklands Giftcard Giveaway.

what fun to have a leap year grandbaby! congrats. anna