These are my grandparents...my mom's parents. My grandfather's family was from Spain...and were exiled to Cuba. It was there (Cuba) that my grandfather was born. As a young man, he and his family emigrated to Florida...living in the Ybor City area of Tampa, FL.  My grandmother came to America as a young child. She and her brother traveled by ship, from Cicily. Eventually, she moved to the Ybor City area of Tampa. As the story goes, my grandparents met, fell in love and married. The families frowned on the marriage...a Spanish guy and Italian girl. It just wasn't "done", in those days. But the marriage was successful...and produced 10 children. 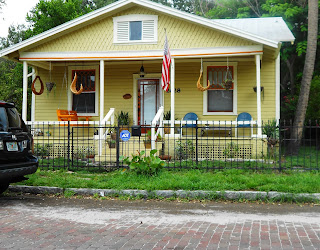 My grandfather borrowed $3000 dollars and built this house. It is several blocks away from the coastline, and still standing! It's 90+ years old! Can you believe that 10 children were raised in this home??? In the backyard, my grandfather built another structure...from Mom's description, a dormatory-like building...for the 5 sons.
Over the years, this area has truly changed...it's called Palmetto Beach. And just across the street from the house is DeSoto Park...the location of the beginnings of the "Tin Can Tourists" (I wrote a post about this a couple of years ago.) 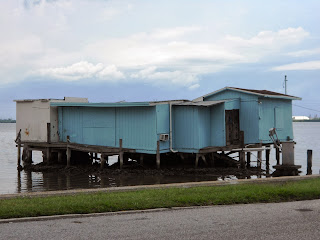 During Tampa's heyday, party houses were built in the bay..There are still a few remaining...mostly in ruin. 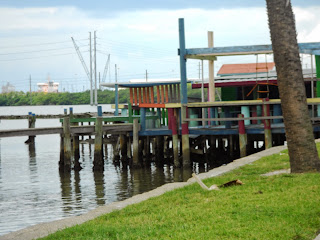 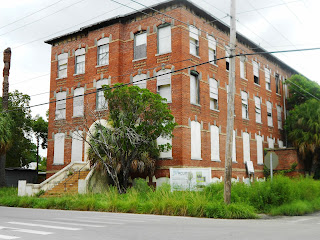 This was the cigar factory where my grandfather worked. Not only did he roll cigars, he was a reader. He read the Spanish newspapers to the other rollers, as they worked. The factory was a couple of blocks from the family home. In the evenings, when work was done, my mom, her siblings, and the other neighborhood kids would often walk to the factory to meet my grandfather. They would escort him home, singing and hoping for a penny or two to buy "peedalees" from the "peedalee man"...the guy who carried a huge stick filled with coneshaped lollipops. My mom always referred to him as the "peedalee man" because he had a flute which he would blow when he was walking...the sound was pee-da-lee. 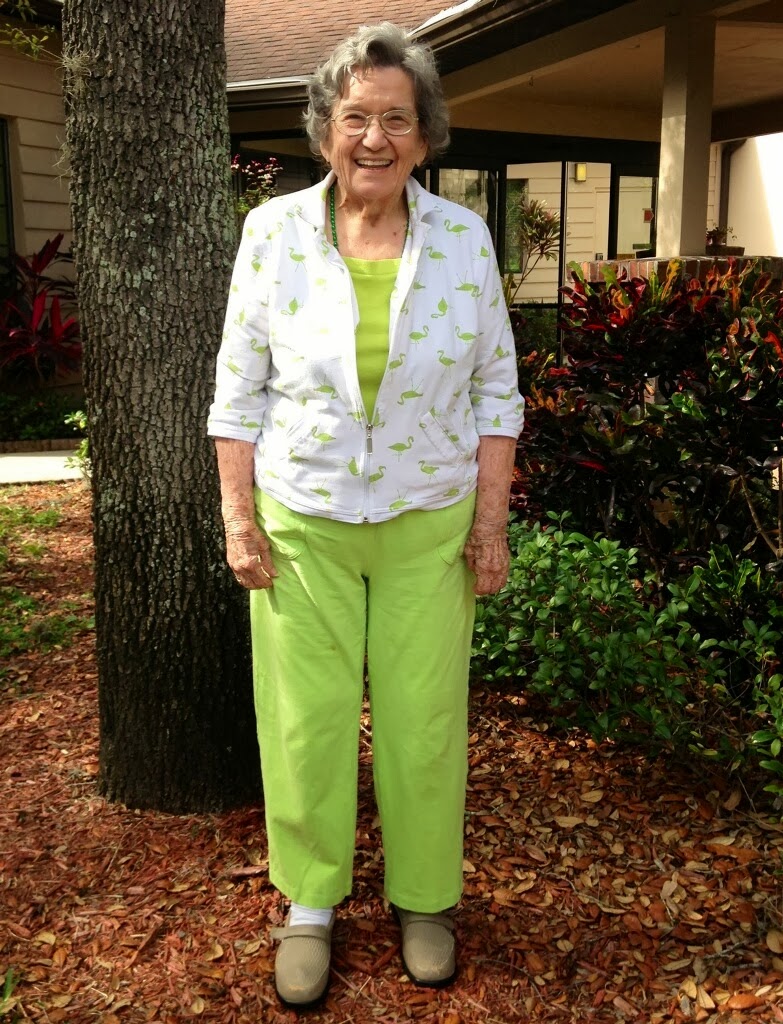 Mom celebrated her 95th birthday this past weekend. She was surrounded by all of her children and their spouses. After feasting on her favorite BBQ and chocolate cake, we all gathered around the piano and sang Mom's favorite songs. It was a fun way to celebrate this wonderful woman.
Posted by Jane at 10:42 AM 1 comment:

Yep...I have graduated! After 4 months of 3x a week treatment, I no longer have to visit my chiropracter...except for a monthly maintenance...and I can start physical therapy and exercising. This really excites me!!!

My advice to all of you...strengthen your core! Keep exercising! Be healthy!!! From everything I have learned from this ordeal, I would have avoided much of this pain...and it would have ended sooner...if I had a stronger body. 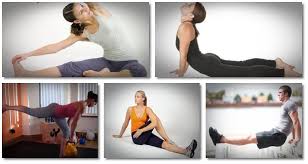 So...this morning, I started my new routine and walked...well hobbled might be a better description. Yes, it was difficult. But as a fitness instructor/friend once told me, "the first step is the hardest...now get moving!" I made it almost the whole way around the neighborhood...about 3/4 mile. And I'm feeling great! 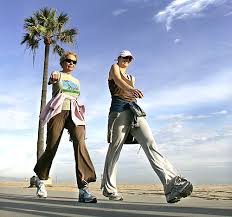 And now that I can sit for a longer amount of time, I will be catching up with all of you. (And I'll begin painting, too!!!)